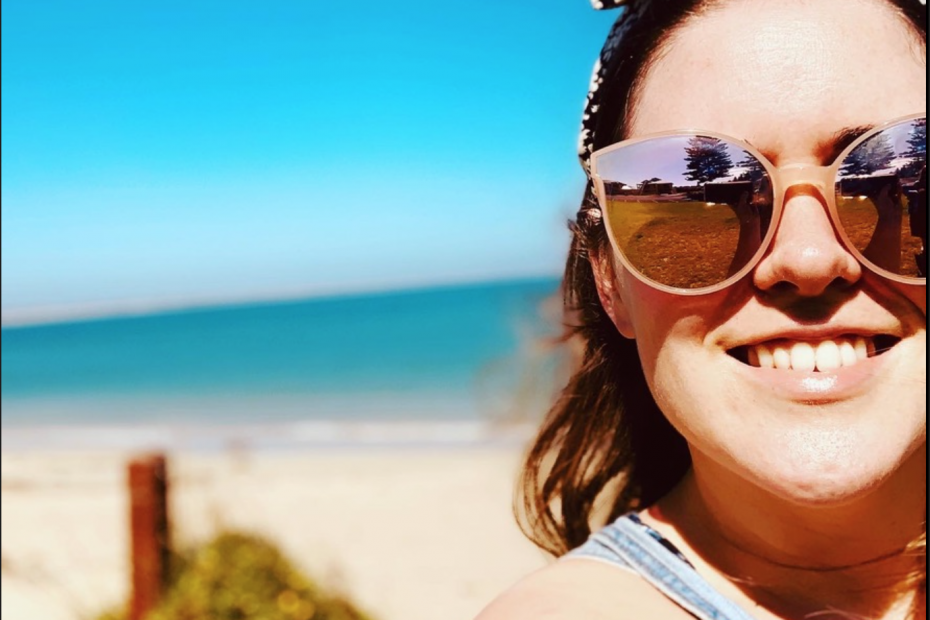 Words and picture by Jordana Grace

I am Australian born, British raised, and have always considered myself both equally. Which is very convenient when it comes to any sporting event when these titan teams play against each other as either way, I win.

But in reality, I have lived in Britain since I was three years old, and whilst I have come to Australia frequently over the years and even been to school a few times in my youth, I don’t know what it’s like to truly live in Australia or live as an Australian — until now. A loss of job and burn out from London motivated me to dust off my Australian passport and just go for it and I have been living here now for several months.

Most British people assume living in Australia will make your life infinitely better because its sunnier. Although short-lived as you will be eaten by a shark whilst you sleep.

That’s simply not true. There are many ways you can in fact die in Australia, not just from sharks. There are the incredible deadly spiders. The crocodiles that can be in any pool of water. There are biting ants, poisonous snakes — you can be swallowed by fire. By I have been assured that I will be safe, as long as I don’t do any of the following:

Go for a walk

Swim in the ocean

Drive in the outback

Go near the wildlife.

Put on my shoes without looking.

So, with that in mind, I feel totally at ease.

To be fair — it is sunnier. Something unique about Queensland if that there is no daylight savings. I believe they just decided no — they don’t want it. Queensland has light between 6am – 6pm. In Britain we live for those long summer days, sitting outside the pub with the warm breeze until nearly 10pm. But our winters are long; months will go by where you go to and from work in the dreary darkness and life can feel grey. But Queensland is nothing if not consistent. I do miss those long summer evenings, but it’s refreshing to know even in winter I can see the sun when I wake up. In Britain our bodies don’t understand how it can be 7:30am and jet-black outside!

So, apart from the fact that most Australian words end in ‘o’, the first difference I noticed is the air. The moment I stepped out of the airport, I was hit by this wave of warm air, which feels almost tangible. It’s not the same in England, when it’s hot, it’s just hot. But here, the warmth is all around you, it envelopes you, and it’s lovely. Not to say it’s always easy. I mean I know woman don’t sweat, they ‘glow’, but at times I feel like I am constantly glowing.

Despite this, I have found that since living here, I spend most of my days outdoors. I slap on the sunscreen and bug-spray (do NOT forget the bug-spray) and I spend my days on the deck, working on my laptop, listening to the birds and insects. That’s another thing, it’s so noisy here in comparison; the birds are always laughing, and the bugs are singing along in a loud, joyous chorus. It has weirdly become a soothing melody to me. It’s just in the background, but it makes me feel rooted to nature. I have seen Frogmouths, Kookaburras — I live in a normal suburb, but I am surrounded by wildlife. I haven’t experienced this before. Maybe that’s because in the UK our wildlife has learnt to fear us and doesn’t come close. Whereas in Australia the animals know we should fear them.

You probably don’t notice as working outside is part of your daily lives, but to me it’s just amazing. I see so many people doing odd jobs outside, actually using your shed on a weekly basis, (whereas in the UK we tend to throw things in there and forget about them).

People here just live more active and outdoor lifestyles, it’s just natural to you. Neighbours know each other, you go for runs, walk the dog, go for picnic on the beaches, even in the winter. You just feel like you are living more here.

Although it’s not like you can walk anyway, you really do need a car to get anywhere here. It may not even be a long drive, but the shops are just too far on foot in the heat and humidity. Plus, in the UK I can go to one local store and buy my salad, underwear and wine all in one go. And on those dark winter days, it’s even acceptable to wear your pjs. But Australians like to categorise and simplify. You have one store for food, one for clothes and one for wine. Aptly named Bottle-o’s. Most likely owned by someone called Johnno.

It has also taken time for me to sometimes even understand what someone is saying. ‘On the way to the servo, I’ll go to the bottleo.’ Or you may get rid of a redback spider with just a broom (I would be wearing an armoured suit), and when I try to inject health and safety I’m met with ‘She’ll be alright’. Who is she? Why do people keep on referencing her!

I do love England. I love that I can drive 40 minutes and be in a different city. You can get the train to Belgium for mid-morning tea. There is so much history and culture, and I can wear oversized and forgiving jumpers in the winter whilst I can pile on the hibernation weight. But I have found myself at home in Australia. I love nature’s noise, the outdoor and active lifestyle. I like the trees — yes, the trees. They are so different to ours; they look like they have their own personalities. And the houses — every one is so different.

I have even started to write about my Australian adventures on my blog, which you can find at www.averagetuesday.com. Featuring many stories about how I bravely survived putting on my shoes. On the next page is a recent, London one.

Who knows how long I will live in Australia, but I look forward to adding many more stories. Australia is not where I grew up, but it is a place where I feel like I can grow.